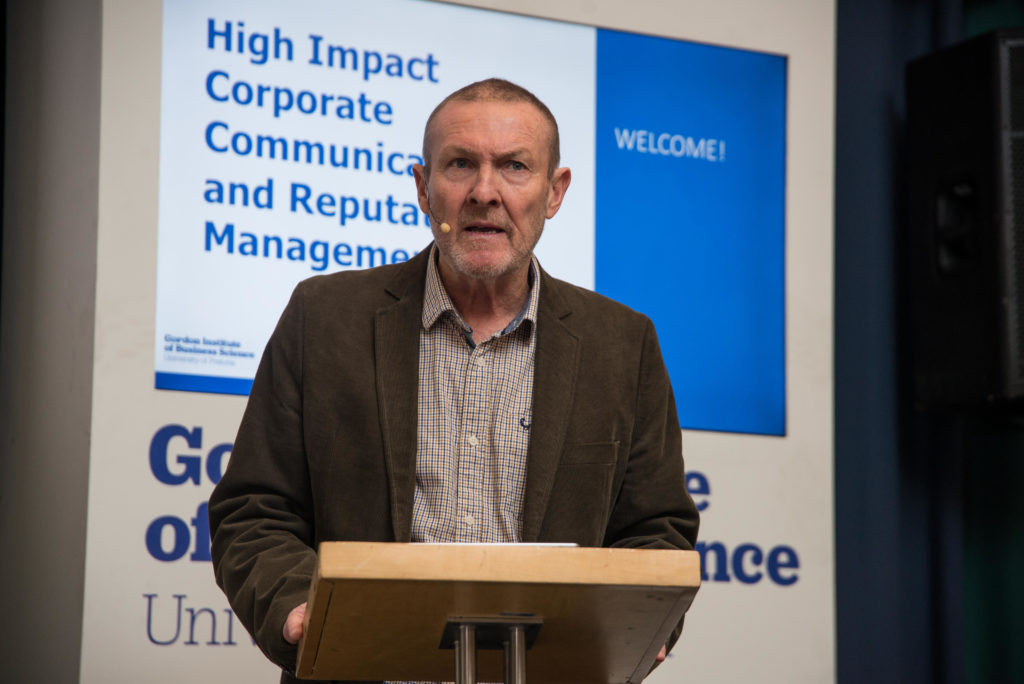 Chris is one of South Africa’s best-known journalists as well as a sought-after public speaker, conference facilitator and media trainer.

Currently, he edits the magazine Acumen for the Gordon Institute of Business Science (GIBS), University of Pretoria, which he also conceptualized and launched in 2012.

In addition, he presents daily market reports on Hot 91.9 FM in Johannesburg and AlgoaFM in the Eastern Cape/Garden Route region.

During his career at 702, he conducted a number of historic interviews, including the first between any SA radio station and the still-exiled Thabo Mbeki. He also interviewed Nelson Mandela several times, as well as Margaret Thatcher and US Vice-president, Al Gore.

Chris also spent time in the publishing industry as Group MD of the New Holland Struik group of companies and was part of the team that listed Primedia on the JSE.

With an MA from Cambridge, Chris also holds an MBA from Henley, one of the UK’s leading business schools.